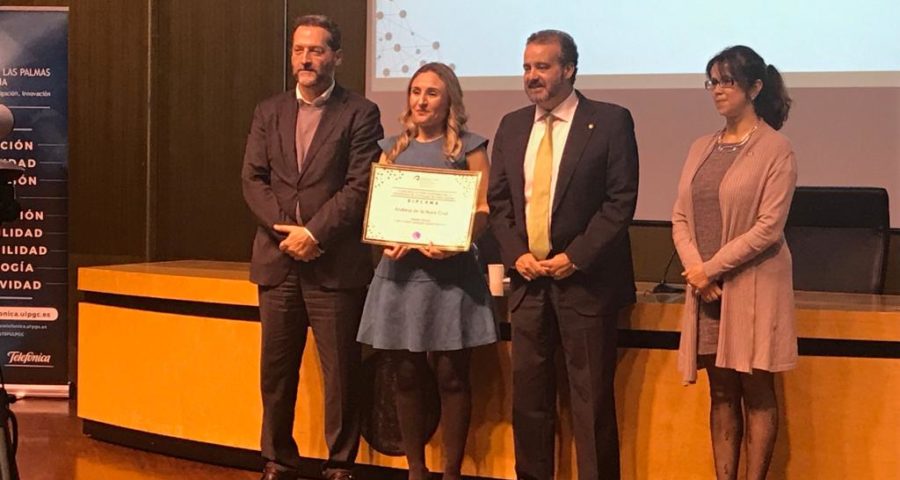 The professor of the walnut, patron of the Temisas Astronomical Observatory Foundation and researcher in the medical and Audiovisual Technology group, picked up yesterday, Thursday 21 February, the first prize for the short/animated video demonstrative "Proyecto mujeres Canarias ", one of the categories of the awards Telefónica chair of Research, innovation and scientific culture.

This project involves two of the MACbioIDi project researchers, Dr. Natalia Arteaga, from the IAC and Dr. M ª Dolores Afonso from the ULPGC. All the Canary researchers participating in the project are very aware of the promotion of scientific vocations.

The project that has been awarded the Professor Arabea has consisted in the exhibition of 14 rollups with the biography of 14 women scientists who do their work in the Canary Islands. This exhibition has toured different public schools in Gran Canaria and Tenerife accompanied by a talk/colloquium with the aim of promoting scientific vocations in the students, especially in the students.

Finally the students had to choose a scientist, either by their research profile or by the discipline they develop, and in a team generate a small video explaining aspects of that discipline or the researcher after a brief work of research.