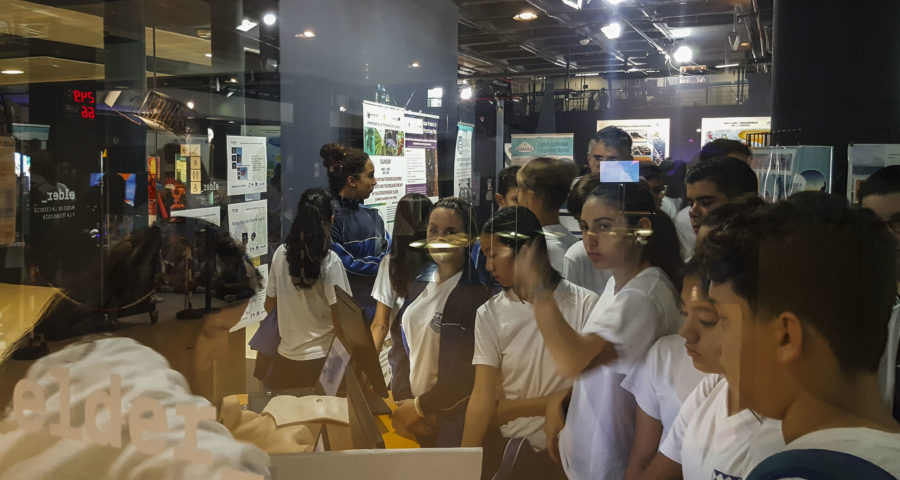 The medical and Audiovisual Technology Group of the University Institute of Biomedical and Sanitary Research (IUIBS) of the Universidad de las Palmas de Gran Canaria (ULPGC) will participate in the weeks of science and innovation of the Canary Islands teaching schoolchildren and Families their lines of research in technology applied to the medical simulation.

In its second year of participation, the IUIBS will teach workshops and provide cutting-edge information on the work of the university in the field of education for health and anatomy. The technology workshops applied to medical simulation will be held in Fuerteventura, Gran Canaria and Tenerife in the framework of the Miniferias of science and innovation, conceived as a point of dissemination and demonstration of the work carried out by the main Research centers of the archipelago. In Fuerteventura they are scheduled for schools in the afternoon, while in Gran Canaria and Tenerife, for students in the morning and for all the public in the afternoon.

These technology workshops present four differentiated areas of interest, which coincide with the different lines of research developed by the IUIBS team: 3d printing, virtual reality applied to anatomy, anatomical puzzles with mixed reality, and laparoscopy Simulator. The 3d printing workshop is divided into an introductory talk and a sample of anatomical elements printed in 3d, as well as the explanations on the practical applications of the processes; The virtual reality applied to anatomy presents ways of visualization, including the virtual reality glasses, to make a storm of ideas in search of new uses, both in medicine and in other fields; The workshop of anatomical puzzles with mixed reality will help to build a montage of anatomical 3d models in 3d slicer software using cardboard cards, while in the workshop of the laparoscopy simulator, Young people act as authentic Surgeons, having the opportunity to handle laparoscopic tweezers, and to be guided from the image represented on the computer screen.