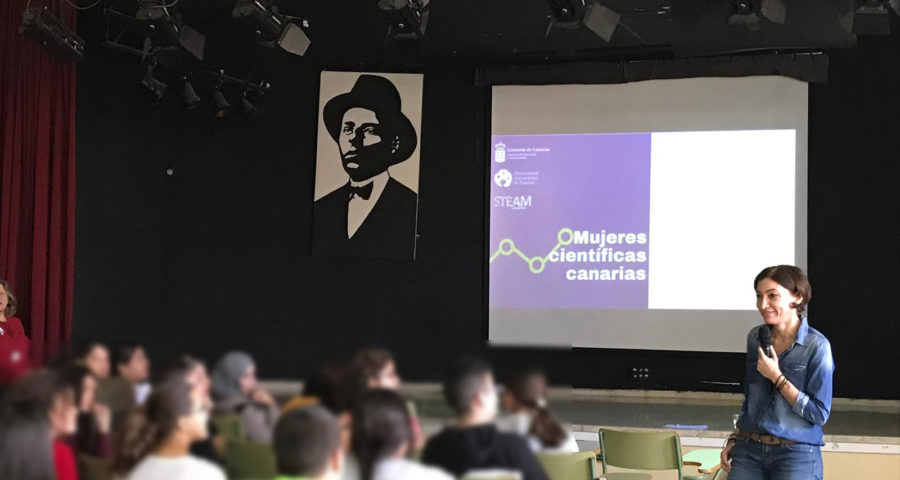 The researcher of the medical and Audiovisual Technology Group (GTMA) of the University Institute of Biomedical and Sanitary Research (IUIBS) of the ULPGC, Marilola Afonso, is one of the scientists who participate in the STEAM project. This project is organized by the Ministry of Education and Universities of the Government of the Canary Islands and the Canarian Foundation Astronomical Observatory of Temisas, (FCOAT) with the participation of the association of researchers of Las Palmas (INVEPA). The MACbioIDi project participates in the same developed one of the horizontal actions that raises in gender equality.

The main objective of the same is to encourage the students and, especially the students, the scientific vocations. To this end, a multidisciplinary group of Canarian researchers teaches a series of lectures in high schools where they share their passion for science, technology and research with both students and teachers.

The journey in this cycle has begun in the GTMA, within the framework of the MACbioIDi project with the Alonso Quesada Secondary Education Institute.