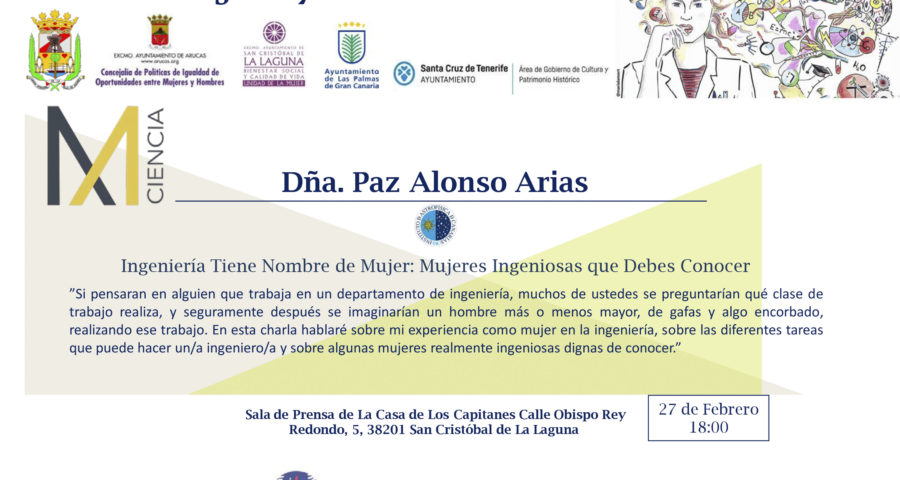 The engineer of the Astrophysics Institute of Canarias, Paz Alonso Arias will participate tomorrow, February 27, in the III cycle women and science with his talk ' engineering has a woman's name: Ingenious women you must know '.

In the presentation of his talk the engineer jokes by stating "If you think of someone who works in an engineering department, many of you would wonder what kind of work you do, and surely afterwards you would imagine a more or less older man, of spectacles and Something on the back, doing that job. In this talk I will talk about my experience as a woman in engineering, about the different tasks that an engineer can do and about some really ingenious women worthy of knowing. "

The talk of Alonso will take place at 18:00 hours, in the press room of the house of the captains, in San Cristóbal de la Laguna.