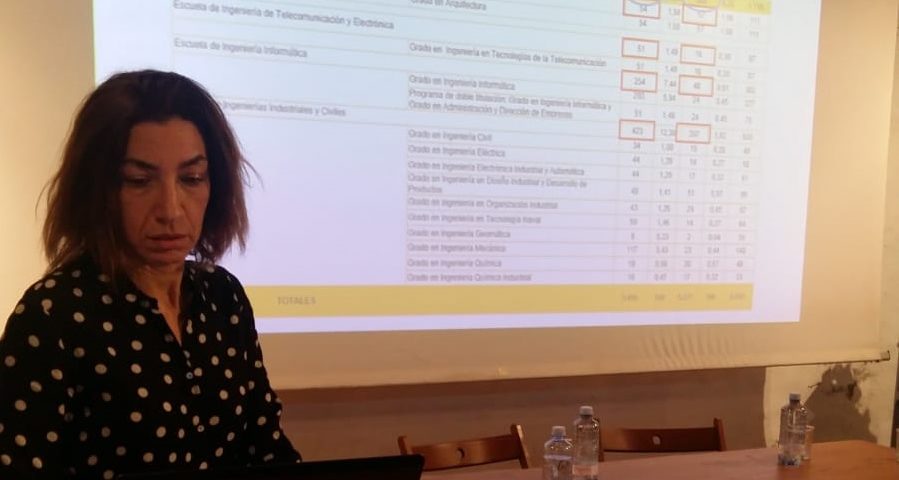 The researcher of the University Institute of Biomedical and Sanitary Research (IUIBS) of the ULPGC, María Dolores Afonso, participates today in the III Cycle woman and science with the talk ‘ of the mathematics to the software engineering. Progress in women ‘.

In it, the researcher will explain to schoolchildren the role of women in progress in many areas of science and technology. Afonso points out that many women’s work, less well known than men, has been the forerunner of important research that has changed the course of many others. “Their contributions, their work, their concerns, as valuable as theirs, are less well known.”

Mathematics, that formal science, is the starting point of this talk. Starting from it, Afonso will make an interesting journey towards software engineering, perhaps not as well known as other engineering, perhaps not as well known as the software, but present in the creation of important digital resources that every day Use. Programming, Internet, WiFi systems, Bluetooth, GPS, integrated circuits, or scheduling of missions that brought man into space. The female presence along this route will be the guiding thread, which also reveals how progress has also been due to them. How progress has also been written in women.

The III cycle of lectures ‘ women and science ‘ is developed thanks to the collaboration of the Canarian Foundation Temisas Astronomical Observatory, the researchers Association of Las Palmas, the team of the University Institute of Biomedical Research and Sanitary-IUIBS of the ULPGC, from the project MACbioIDi, and the municipalities of the different communes that participate: in Gran Canaria, Agüimes, Arucas and Las Palmas of Gran Canaria while in Tenerife they collaborate the lagoon and Santa Cruz of Tenerife.

See the rest of the lectures scheduled in the III women and Science cycle: