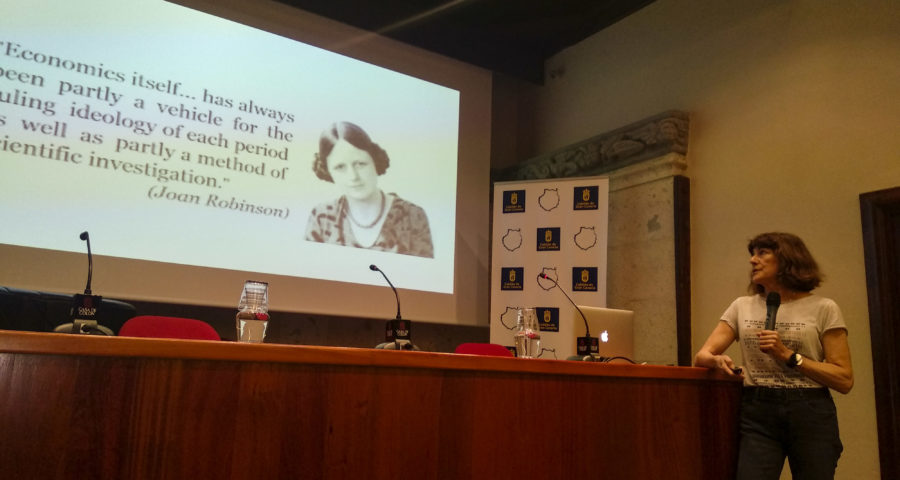 "The economy is a grim science", so began the talk of the professor of ULPGC Beatriz González López Valcarcel last Friday 8 at the House of Columbus. With this talk has begun the third cycle women and science organized by the Canary Foundation Astronomical Observatory of Temisas, the association INVEPA and the project Interreg MACbioIDi.

The interesting talk addressed the role of the economy as science and that of women in it. The figures of Joan Robinson, Elinor Ostrom or Esther Duflo, aspects of their lives, their personalities and contributions to the economy have been the central element of the inspiring talk of the professor of ULPGC.

The next Friday days 15 and 22 February and the 1st of March, the Casa de Colón will host the lectures of the Doctors:

M ª del Pino Palacio Díaz. "The advantages of being a woman in technology companies and Science", February 15, at 19:30.

Coromoto León Hernández. "Ada Byron and the beginnings of computational thinking", February 22, at 19:30.

Adriana de Lorenzo-Cáceres Rodríguez. "The astronomers that fought the Star Wars", March 1 at 19:30.